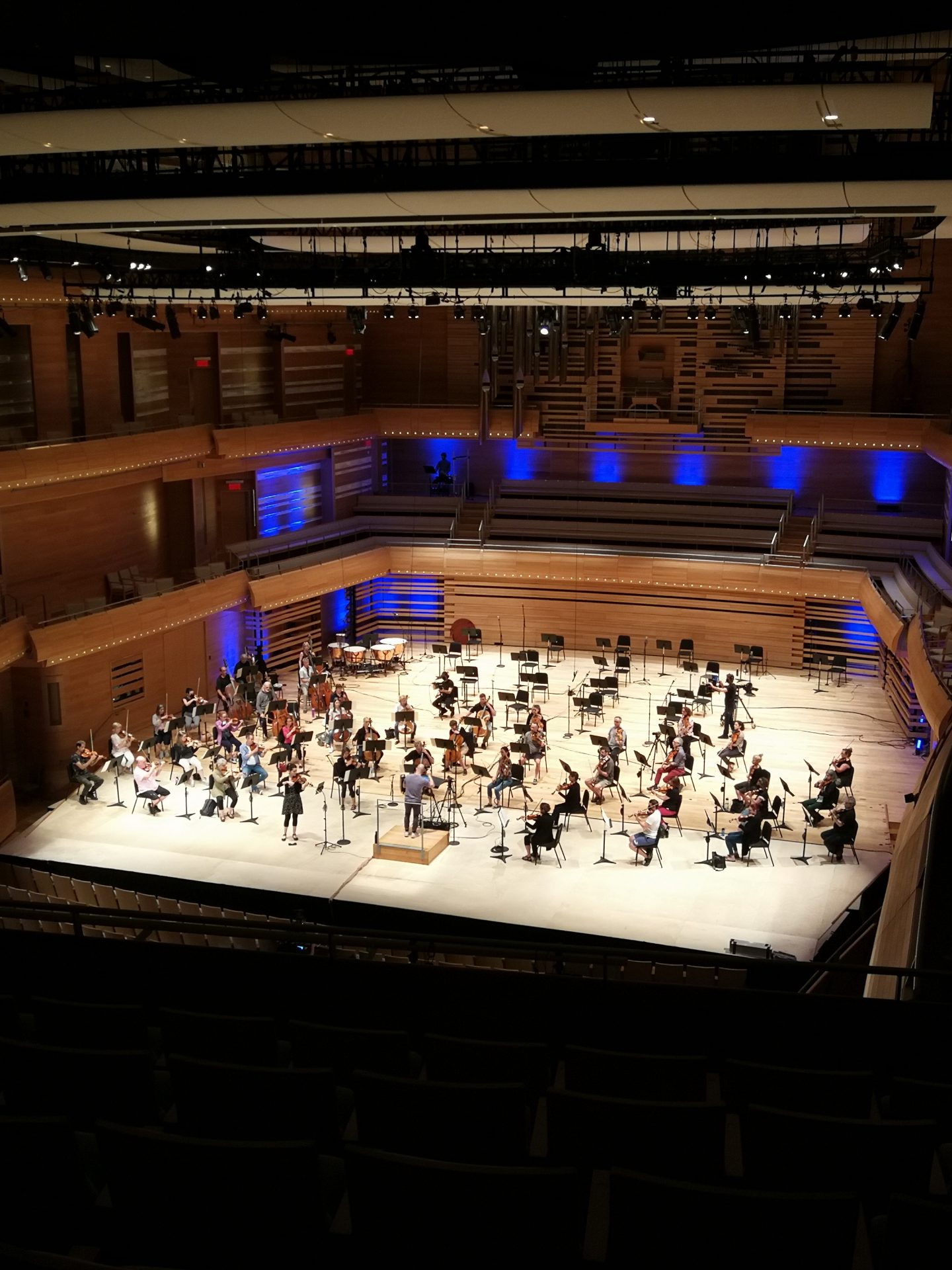 This series of orchestral recordings at Maison Symphonique began on June 11 with the Orchestre Métropolitain performing Jean Sibelius’ Symphony No. 3 conducted by Yannick Nézet-Séguin. In his June 14 concert review for Le Devoir, Christophe Huss wrote: “Yannick Nézet-Séguin and his musicians chose the right angle, with great polyphonic clarity and almost exaggerated articulation. The energy of the violin II and violas was particularly admired throughout the performance.” The new recording is part of Métropolitain’s complete Sibelius symphony cycle for ATMA Classique.

Between June 15 and 21, the Orchestre symphonique de Laval (OSL) will record two albums, including one devoted to Symphonies 2 and 3 by Quebec composer Jacques Hétu. The June recording is the fourth produced by ATMA Classique with the OSL under the direction of Alain Trudel. A second album featuring works by Béla Bartók (Suite de danses, Sz.77, BB 86a), Zoltán Kodály (Danses de Galanta), André Prévost (Célébration), and Claude Champagne (Symphonie Gaspésienne) will also be recorded later this month. The OSL’s most recent ATMA recording, Jacques Hétu; Concertos, was released in March 2020 and was nominated for a 2021 JUNO Award.

ATMA Classique is delighted to embark on its first collaboration with I Musici de Montréal. The musicians of the renowned chamber orchestra will gather at Maison symphonique to put the finishing touches on their latest album, which pairs Metamorphoses by Richard Strauss with Arvo Pärt’s Symphony No. 4, recorded in January 2020. I Musici’s 38th album is also the first under the direction of Jean-Marie Zeitouni, marking the ensemble’s return to recording after ten years.